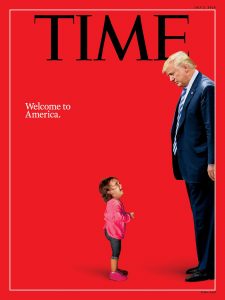 As a nation of immigrants we have been blessed that our ancestors were welcomed as legal visitors where we are now citizens. When all the sturm und drang erupted over separation of families at the border there was a golden opportunity to get the sobbing newscasters and even strident political opposition on board to a humane resolution. That should be border enforcement which would make children the MOST important immigration problem to address. This would leave only the open borders advocates screaming from the fringe.

There has now been tariffs planned on Mexican imports to persuade that nation to halt the flow of migration through their country. This blunt instrument will more likely serve to slow ratification of the recently negotiated USMCA, the replacement for NAFTA. It is also the wrong place to apply financial pressure to the problem of illegal immigration. More on this issue later.

An important omission which has not been covered in any news on the topic of DNA testing is: the welfare of the children found to be unrelated to their adult escorts. First the DNA testing should be expanded to ALL children entering the country without papers. Then these kids should get their immediate health and personal needs attended to as a priority over all adults who have entered illegally. Once it is determined what country each child actually comes from any not with their parents should be turned over to their respective consulates so that their home countries can return them to their parents. This should include unaccompanied minors some of whom may be gang members or others seeking to escape justice at home.

There are at least 10 Mexican consulates each in Texas and California. Those kids’ own countries should also be responsible to foot the bill to send them home. The countries of the children brought in by the fake parents should have the option of extraditing those who brought those kids in. When it becomes the responsibility of the countries they were taken from to care for their own children they will have incentive to take control of their own borders.

Those who brought someone else’s children in as their own should be immediately jailed without bail pending extradition for kidnapping by the home countries of the children. There are military bases which have been retired or partially mothballed which could be used as detention facilities.

Also those who bring unrelated children should face the charges of child trafficking or bringing minors across a state line without parent’s consent as well as violating the US border. Once those accused of bringing unrelated minors into the country are tried, convicted, sentenced and serve their time they should be deported. The nations they come from should be charged the cost of their confinement or have the option of transporting these criminals to their own prisons. When it becomes a criminal act to bring an unrelated child across the border to game the system the incentive to do so will end. Note that a American child leaving the US requires a parental consent form.

It would also be appropriate to determine what was the source and planned fate of each child. There have been stories of children being abandoned, returned to Mexico to be brought across the border by someone else and others who are sex trafficked. Investigation into these activities will identify those involved, such as the cartels, and help to prosecute them. Unfortunately the sheer volume of people swarming the border make it nearly impossible to micromanage individual children or those who brought them. This surge by caravans in the last few months has resulted in overcrowding of the holding facilities at the border and removal of migrants to ad hoc destinations with apparently little planning for their futures. “Children are dying in CBP custody because more children are in CBP custody, for longer, than ever before.” An even more urgent reason why children should be the priority at our borders. 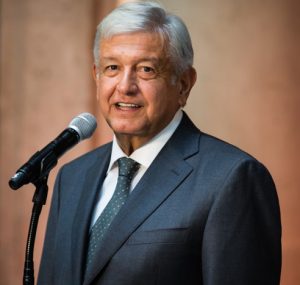 Trump’s plan for a tariff on imports from Mexico will not stop those pushing the caravans to our border. Mr. Lopez-Obrador, President of Mexico, already has a balancing act on his hands to support safe passage, some accommodation for migrants, the growing resentment of the caravans by the Mexicans themselves and his efforts to keep the peace with the US. In January (2019), according to the New York Times: “Mexico’s new president has moved decisively to encourage migrants fleeing poverty and violence in Central America to stay and work in Mexico, making it easier for them to get visas and work permits and promoting investments and ambitious public works projects to create jobs.” Then by April 3rd, “The Mexican government has vehemently denied changing policy in response to threats, but has appeared to slam the brakes on its practice of awarding so-called humanitarian visas that allow migrants from other countries to pass freely within its borders,” as reported by Reuters. Even by the end of April there was a raid on a caravan of some 3000 in Mexico in which families were separated according to BuzzFeed. According to UPI on May 3rd, “Government statistics show that Mexico’s deportations of migrants from Central America, Cuba and Haiti surged in April, adding to their despair as they wait for days to obtain immigration documents at the border with Guatemala.”

There needs to be other ways to stop the caravans which doesn’t penalize the businesses or government of Mexico. There are already steps being taken beyond Mexico to limit the rush of the poor from Central America to the US. From CNN: “US Border Patrol agents and other Department of Homeland Security law enforcement officers will be sent to Guatemala to assist in training missions with local authorities as part of a two-year plan aimed at decreasing migration flows to the United States.”

A presidential order from December, 2017 which seeks to halt corruption and sex trafficking of children and could be enforced where it involves this problem. This order provides the means to freeze the assets of those involved in this activity. Since the caravans involve financing of buses, camps, food and recruiting of migrants it is the assets of the financiers which should be targeted.

Long before the caravans started people coming from beyond Mexico had to save money or liquidate assets to get up enough to pay the coyotes to deliver them to the border or into the US. The fact that it was costly restricted the numbers coming here. The coyotes have evolved their tactics to the point that even involve armed escort into our country.

There have been reports of advertising inviting any and all to come to America with help to get here. It is the sponsors of this recruiting campaign which should be the first targets of having their assets frozen and even seized to help defray the burden of this onslaught. 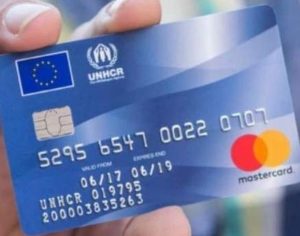 It has been reported that migrants have been given clothes, phones and even pre-loaded debit cards from Soros supported NGOs and the UN to help them make the journey from Africa, the Mideast and beyond into Europe. Has the same process been taking place in this hemisphere? As these people join the caravans they are put up in camps along the way and in some cases bused for long distances to get them here.

All this largess must take some deep pockets. Those involved, including NGOs, would make prime targets to freeze and ultimately seize the accounts whomever has been putting funds into what could be considered financing what Trump has called an invasion. As for the UN. “The United Nations Migration Agency, IOM, is providing support and assistance to migrants  crossing Central America in several self-styled caravans….”  The US provides a disproportionate share of the resources for the UN and could surely have a say in how those funds are being used against the US.

As the funding is cut off the caravans themselves will stop forming and marching through Mexico. The people of the caravans are victims of this effort to break down the US border. This is an nothing less than an effort to flood the nation with hoards of people who will be immediately, and for years to come, dependent upon the state for support. As such there will be a need to coordinate with their countries, which should be required to take financial responsibility for their safe return home. Such a policy would also serve to encourage other nations to secure their own borders.